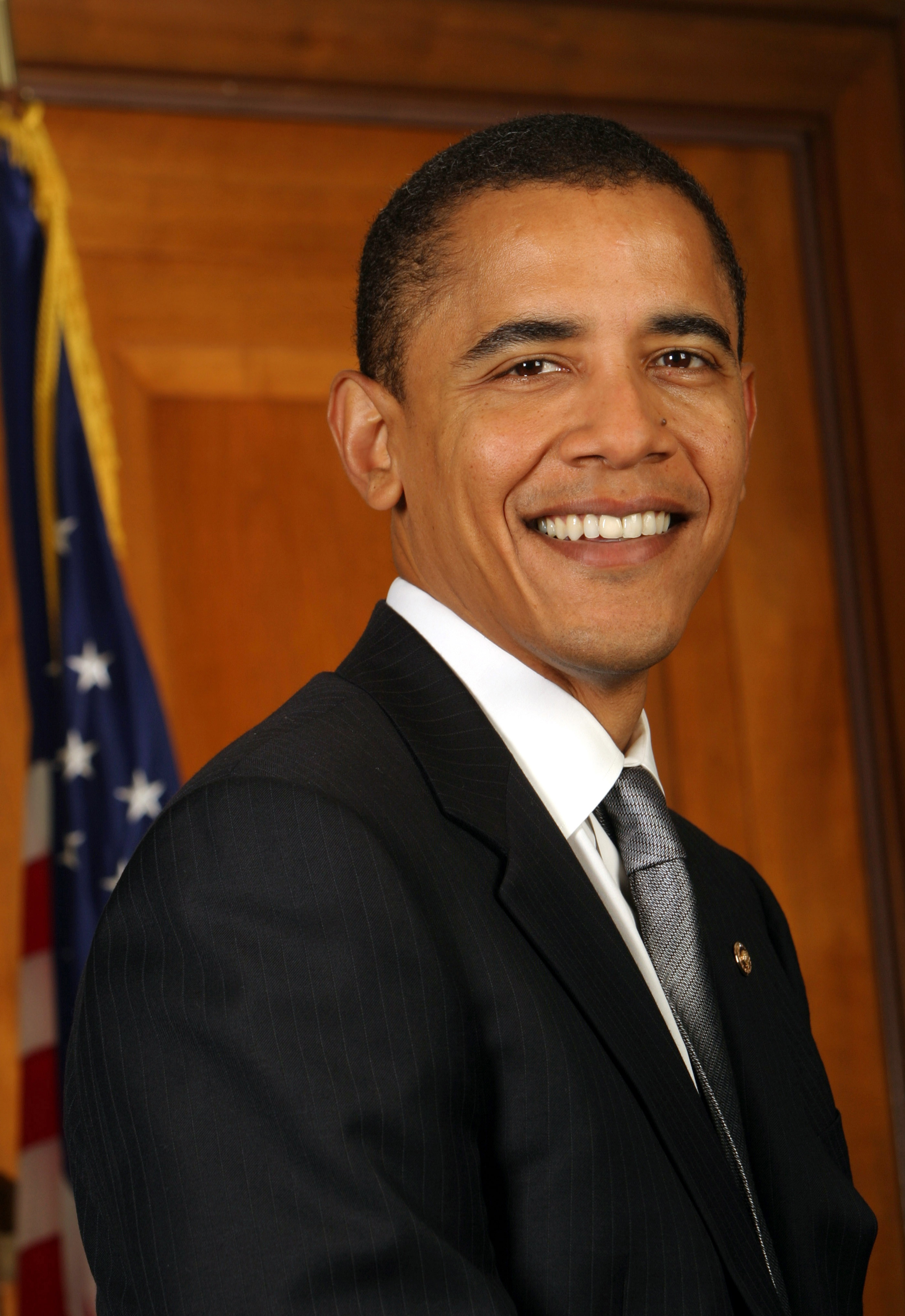 On November 4, 2008 a great wish came true for most of the United States and the rest of the world: a great alliance of liberals, progressives, new voters, young voters, men, women, blacks, hispanics and people who wanted change in general rose up and dropkicked George W. Bush and his neoconservative cronies out of power in Washington D.C.

So now it is November 5. It’s the morning after and instead of being just the junior senator from Illinois, Barack Obama is now the president-elect of the United States. Which means that the time has finally come for those of us who cannot vote to start thinking about what we can expect in the way of change. Of course we all know about the big things that have been central themes in the campaign, like the economy and the war in Iraq. But for us who work in the technology sector it is also interesting to wonder what changes might be on store.

Now, I am not a real political pundit. So I might be talking out of my ass in the rest of this article. But nevertheless what follows is, in no particular order, the topics that I think will be interesting to watch in the next few years in the United States under new management.

Energy as a technology driver

The Obama campaign has never had much to say on the issue of technology per se (it’s not foremost an anybodies mind right now, so that’s understandable). Where Obama has touched on technology, it has almost solely related to energy technologies (renewable energy, clean coal technology and so on). That isn’t much numerically, but as a topic it is certainly a very good one to commit to pushing technology.

Energy technologies are currently the bleeding edge of applied physics and chemistry, with an enormous push in technology and knowledge development in order to create energy sources that do not deplete the world’s resources and limit carbon dioxide emissions. They are also poised to become a huge industry driver with all sorts of new plants, facilities and infrastructure going up all over the place. Which offers opportunities for all sorts of companies and industries from all over the world. Whether it is Siemens, General Electric or a startup like Darwind (producers of wind turbines), producers of tidal turbines or solar panels, solar power stations, or large energy consumers (like the Google data centers or the Amsterdam Internet Exchange or greenhouses and chemical production plants) looking to reduce their energy footprint, or technology providers (companies, universities, research institutes) developing technologies to help others, there is enormous potential everywhere.

And, while it may not seem so at first, part of that potential is also in smart IT solutions. I’ve already mentioned power usage by Google and others. Energy conservation is one answer, but part of the solution will also have to come from incorporating new energy sources into the infrastructure — solar, wind and water. Some of the new sources may be small (like energy production from solar panels on people’s houses) and many will suffer from high fluctuations in supply. In order to accommodate this new paradigm power grids will have to be replaced by or upgraded to smart power grids (strongly dependent on computer control systems) that can dynamically switch on small-to-large supply fluctuations, can rebalance the system in these conditions and can allow for correct billing so that home power producers can be paid for the power they put into the grid. Google and General Electric have already signed an agreement to develop such grids together in the future.

And other examples are rife. Lots of machinery and machine networks will start using dynamic controls to optimize power use and minimize emissions. One of the major challenges here (since it is such an open system with many small parts that cannot all be replaced or upgraded at once) is the traffic infrastructure. The major attention here is on hybrid engines, hydrogen engines and soon. But the fact is that huge inroads will be made by having more automation in cars to balance power distribution to the wheels, break control and balance, traffic jam avoidance and (in the future) guidance control.

As you can see there are huge areas where energy concerns can be a technology driver in the upcoming years. It will be interesting to see whether and to what extent the new Obama administration will push technology development in this area in the next few years. Will Obama be able to make a large energy conservation and renewable energy push in the U.S.? Will he put people in charge with the vision to see how far-reaching the new developments can be? And how will Europe and the rest of the world respond? Will they be spurred on to even greater heights in this field, inspired by a new U.S. push and driven by competition?

Aside from new fields, such as energy, the defense industry has been a technology driver in the U.S. for the last five decades. This area will be interesting to watch as well.

On the one hand, Obama is faced with a rotten economy and impopular wars. That is not the climate in which to invest heavily in the technologies of war. Rather, I wouldn’t be surprised to see defense budget cuts coming up in the next few years. On the other hand, DARPA has always done pretty well for the U.S. and I cannot imagine any president seriously cutting back on that agency.

What will be most interesting to see is if the Obama administration will refocus the defense industry to move from shock-and-awe baloney to a smarter, leaner way of working. DARPA has long funded research into UAVs all over the world (as have other governments and institutes). And (to look elsewhere shortly) the Dutch navy has been developing naval vessels for years that can be manned by smaller and smaller crews. Will the Obama administration move to a more high-tech and less bulky military? It would be interesting, especially since such a military would depend heavily on IT development as well.

One of the major reasons for the popularity of outsourcing to India in the last few years has been the ready availability of a large pool of at least reasonably well-educated software developers. And their low cost of course, although that effect is melting away rapidly. But cheap or not, Indians do still have the advantage of being available, whereas in Europe and the U.S. people are still hard to find. But an education push might just change that in the next generation. If more people reach higher levels of education the U.S. might once again be able to fill a large part of its own requirements. In combination with the rising costs of Indian and Chinese resources (already a reason for Intel to move some of its production plants back to the U.S.) we may see a small or even dramatic reversal in the outsourcing trend in the next 15 to 25 years.

Something else might prompt a small, short-term reversal as well by the way: the new commitment from the Obama administration to make it harder and costlier to ship jobs overseas. That in combination with economic slowdown in the next year may very well cause a small collapse in the outsourcing trend from the United States if the Obama administration is willing not only to make overseas jobs more expensive but to start subsidizing local jobs to make them more attractive to companies. Which of course opens the question of what will happen if Europe follows suit.

This one is a bit of a sideshow nowadays, but still: Microsoft might suddenly find life a little harder again under the Obama administration. In the latter days of the Clinton administration, Janet Reno was prosecuting Microsoft for antitrust violations. Microsoft heavily backed the Bush campaign in 2000 and in 2001 the case against them suddenly vanished. Now the Democrats are resuming executive control, Microsoft might start feeling the crosshairs of the Justice Department on its forehead again.

Of course there is the question of whether this still matters. Microsoft has not been doing all that well in recent years and the mantle of technology leader company seems to have passed to Google more or less. Still, it’s something to watch.

The final thing that I think we should watch for in the next few years is less tangible and therefore the most interesting: the effect of the Internet generation. Obama was elected in part due to heavy support from young adults in the United States and it shows in all aspects of his campaign. From the fact that he is the first president(-elect) ever who gave the online portion of his campaign equal footing with the real-world part to the slick use of all media to appeal to voters… It is clear in everything, this will be the first administration populated heavily by people from a generation that has grown up in an online world.

The question now is what effect in general this will have on the relationship of the administration to technology, technology users and their views on the world. I’m not exactly sure where this could go, but I think two interesting topics to watch are the new administration’s views on intellectual property law and its views on open source and government.

The second subject is of direct interest to the technology field. There have been half-hearted moves in the last few years in different countries towards using open source software rather than commercial software (and one serious move in Brazil). Perhaps the United States will adopt a similar policy, or at least make some moves in that area in some parts of the government. This might also be interesting in combination of the passing of the mantle of leadership (or “coolness”) from Microsoft to Google and might be fuelled by the rise of the Google/Internet generation (after the Microsoft/Desktop generation). Either way, there might be reason for a far greater push into OSS than we have seen even in the last few years.

The first subject might be the result of the Internet generation’s new views on information exchange and availability of everything you want when you want it. The world has already known for years that a new way of dealing with intellectual property (especially copyright) is necessary in the new world. It will be interesting to see how much influence the youth component will have on the voice of the United States in the next few years.

Waiting for the future

Like I said, I think there are lots of interesting developments that are coming our way courtesy of the new management in the United States; I hope, after reading, that you agree. We already have the beginnings of change across the pond; all that remains now is to see what shape change will take. And how we will respond to change to make life better in our jobs, our lives and the lives of the people around us.

All of a sudden, life is exciting again.

Yes We Can….the day after