Half of the gridshore writers is in New York. We are thinking about new things to create, drinking beer, eating burgers, walking through the streets and enjoying ourselves. If that does not interest you, you can safely skip this blog session. If you want to be jealous, learn about what we do, or like the way we write posts, you can keep on reading.

The flight was oke, upon arrival I was skeptic about the apartment. Man I would have liked a 4 star hotel room. But when waking up I realized the apartment is quite oke. Due to the jetlag we were awake early for a sunday. We started walking in New York, not many people were on the streets, which gave it a pretty unique view on New York. First stop was the starbucks. 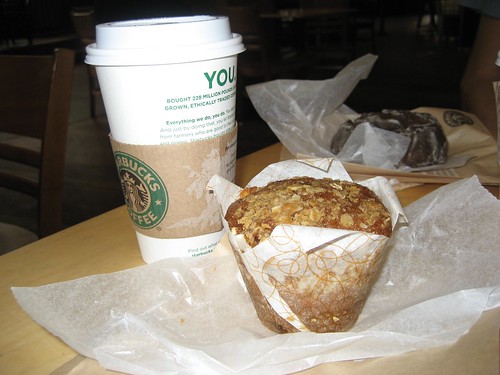 Than we kept on walking up till Central Park. Around twelve o’clock we went back to the apartment using the metro. We went to the super market to get some drinks (beer and water) and some food (crackers and chips).

We got very thirsty of all this walking, we bought beer, therefore we took a beer. We did not let the clock stop us, oke it was only 11:45, but it felt like 17:45. So we took this nice cold beer. 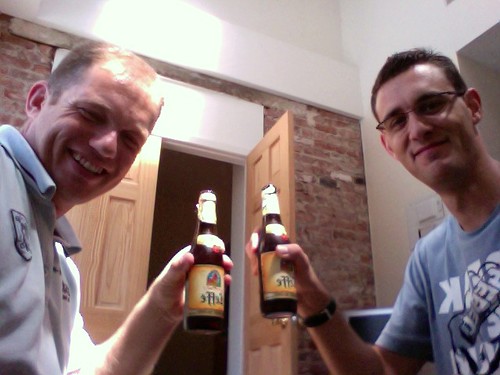 The weather became very nice, so we needed shorts. Back with the metro to some shops, than to the southern point of Manhatten and ground zero.

Now we are relaxing and getting ready for dinner. Hmm, the jetlag does do some strange things to my stomach.

I forgot to mention we also went to the Mac store and we tried to go to the virgin megastore, but that was closed for ever. The Mac store was very nice, makes you want to buy something. I did not do that by the way. 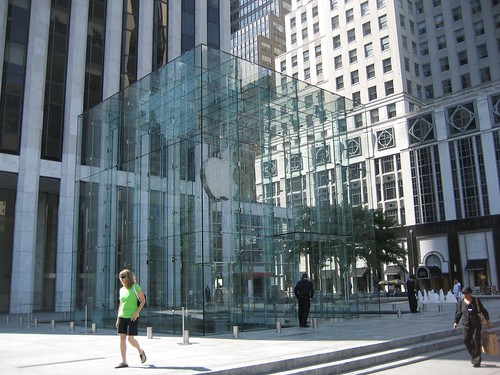